Sure, you’ve had better trails, but have you had much better weather than over-60 and sunshine in February?  And how about the view from Flowerkraut’s back deck, with the rolling pasture sloping to the creek into which no one fell, as Paddle My Candee Ass and Air Horn’s minor slips just don’t count as falls?  All this, and 31 of your favorite hashers with which to share it – what a hobby, or club, or whatever this thing is.

Quotes of the hash were part of the brief:  (imagine a Sri Lankan accent) “I love to set false trails!” and (switch to Long Island/Northern California accent) “I think I’m making these false trails a little too long.”  Thanks to Rick and Mini Schlonga for a looong day of flinging flour about the woods, following directions from someone who’s not entirely certain what she’s doing (that’s me!), and somehow getting roped into raking.  And thanks to the dyads or nymphs or whoever was in charge of soothing the stream from Friday’s raging, turbulent mud-fest to today’s entirely manageable water crossing.

The runners had a four-mile true trail for turkeys (much less for turkeys who chose to pay attention to the chitchat instead of the trail; they know who they are), with an extra 1.5 miles in a sort of curlicue-loop for eagles.  The nine eagles had a great time jogging across brambly, wooded mud more or less parallel to Club View Drive, because that’s way more fun than pavement, and doubling back on themselves via a lovely hill and so forth.  The hares suffered considerable confusion trying to find the kindly neighbor who’d volunteered an edge of his lawn for the last stretch of the trail, and so the hounds suffered a few minutes' confusion awaiting the setting of trail along Beach Mill.  Whoops.  So sorry.  But you cannot set marks along Beach Mill before the hash, given how many people drive that route on their way to the meet.  Anyway, Valiant figured out everything without so much as a gram of flour.

Walkers went in different directions; one group on the lane out to Walker, where two separate motorists presented them with middle fingers for – what, exactly?  Having the gall to walk along the street?  The other group braved the creek and strolled beside the Potomac, which was looking robust and nation-building with all the recent melt adding muscle to its current.  Everyone was back to the On In by about 4:30, where they found a pinto-hominy pie and a seafood perloo, plus Black Box and Yuengling and Easy Strider’s chiminea, which he lugged all the way from P. Springs along with a cord or so of chiminea-sized log-lets.  And there were cookies.  There are always cookies.

Mufti did his roll call, and we welcomed Other Sandra, from Mozambique, to her first hash with us.  Yay and 99 etc.  Lezley hit double-sixes, oooh, and Rick is just three runs from a name.  Two people forgot to pay, and one person has size five-and-a-half feet and forgot running shoes for them.  See if you can tell whom from the photos, which include a few Mini Schlonga took whilst setting.  Thanks for that, MS!
Posted by Cork Me at 6:29 PM No comments:

Missed it -- please fill me in,


We love the Great Falls Hash! 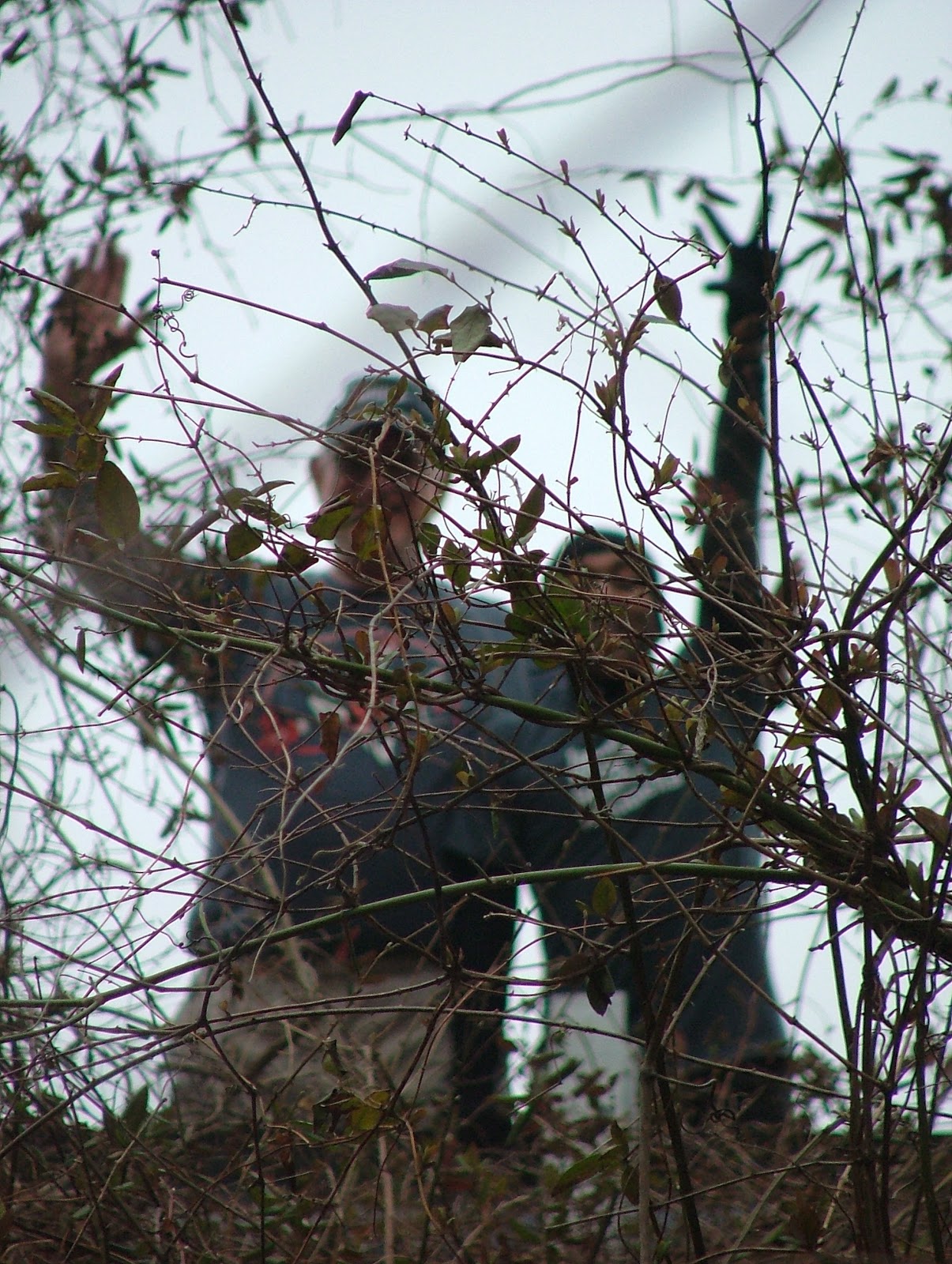 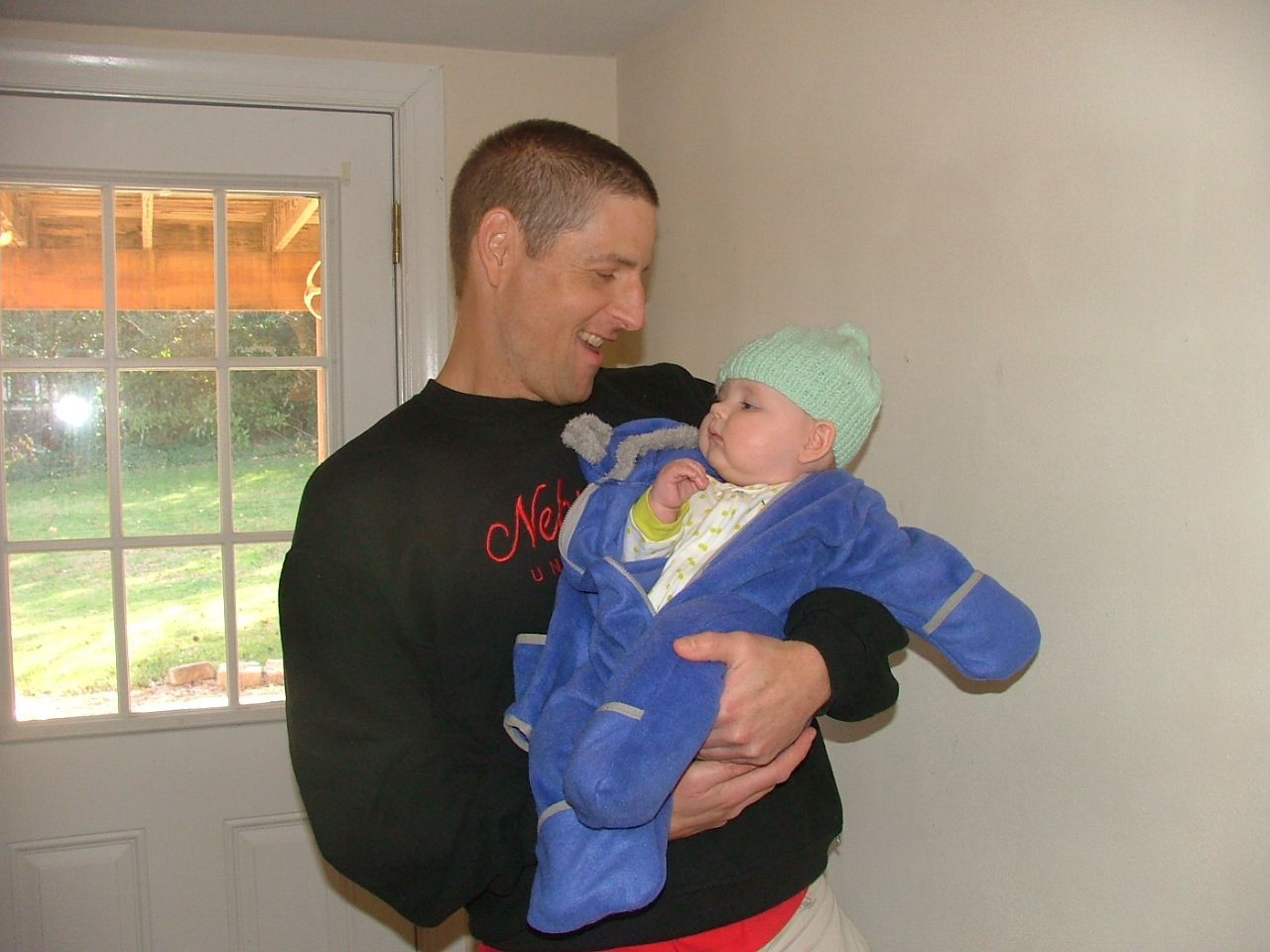 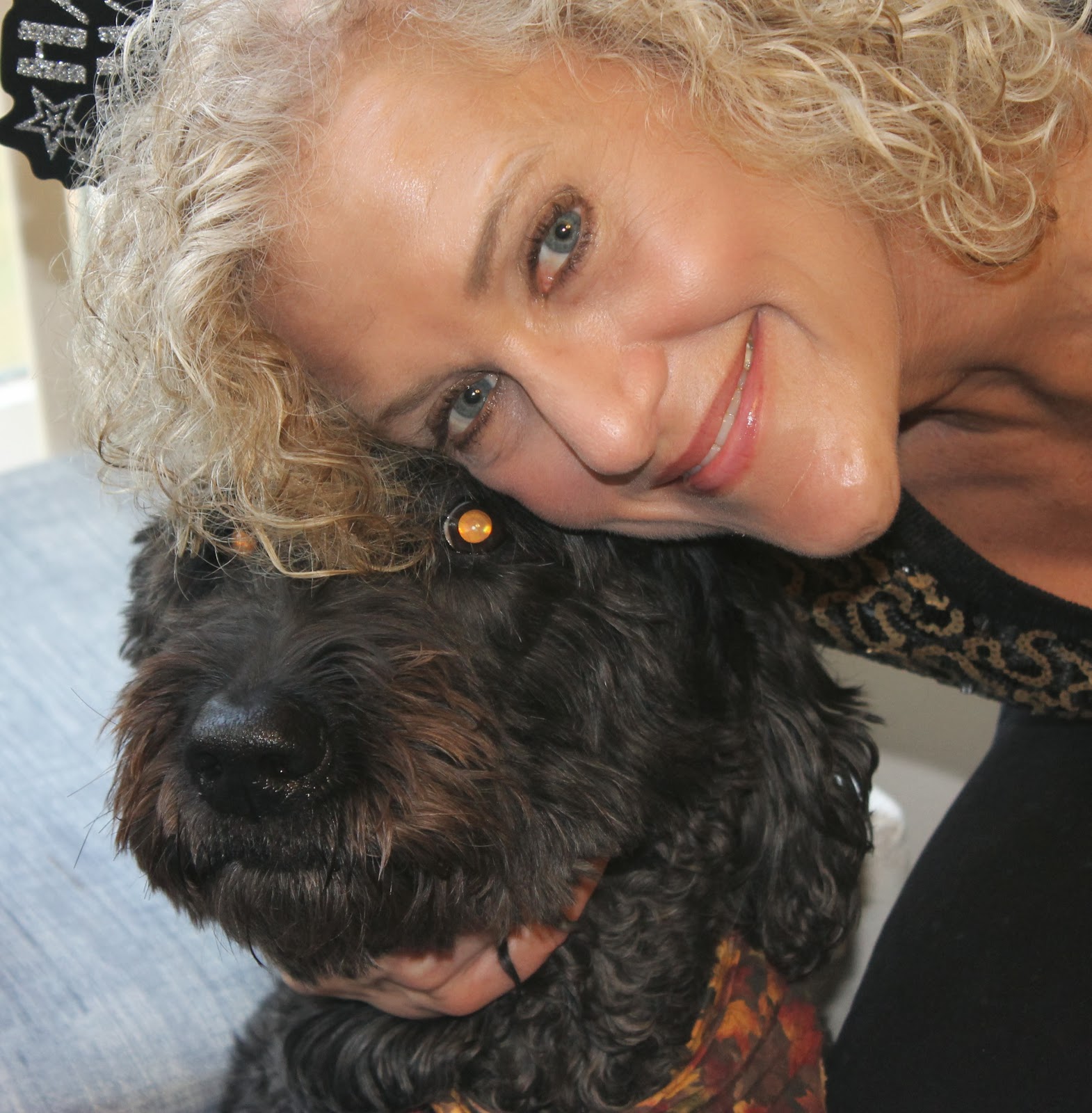 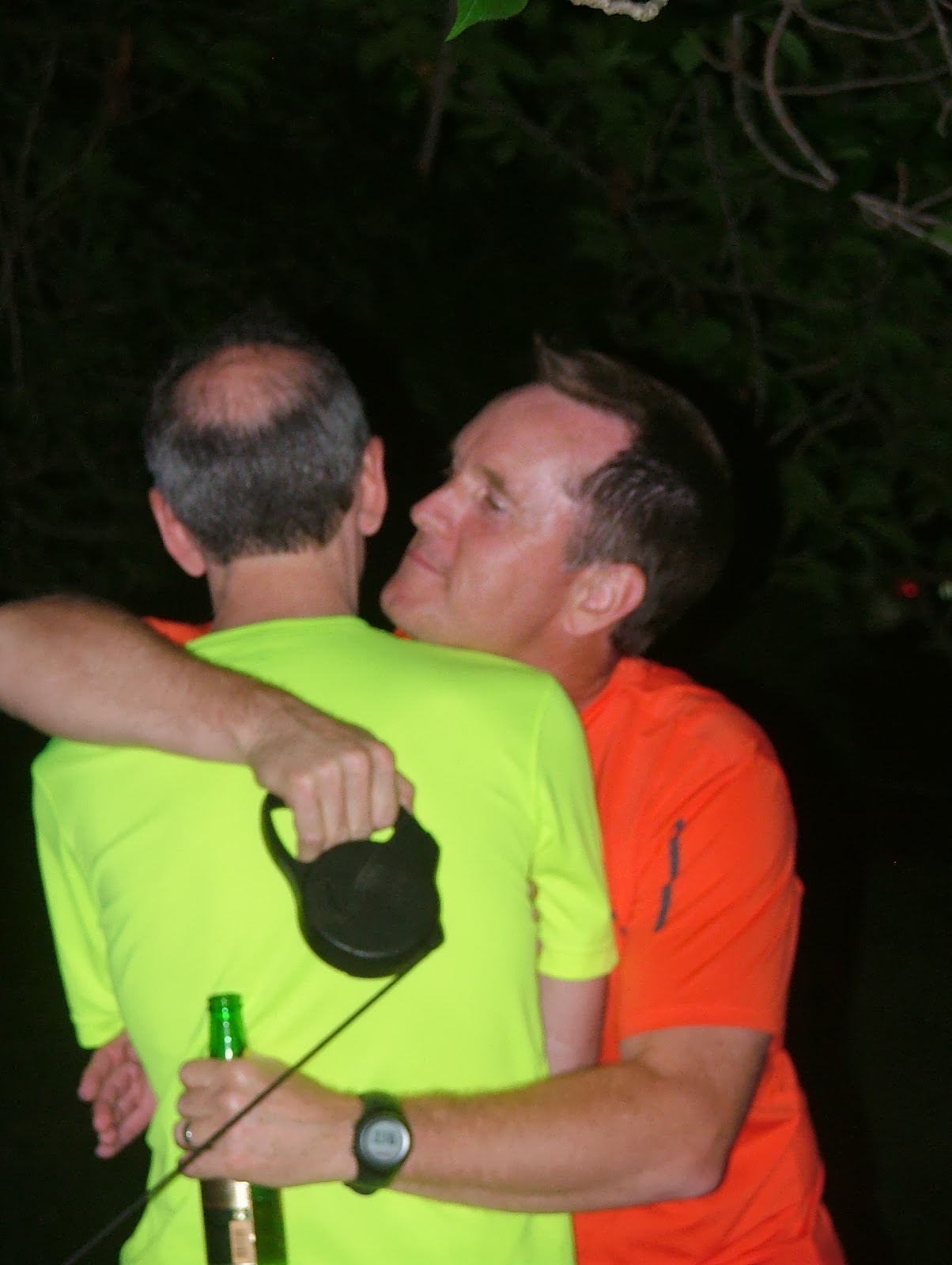 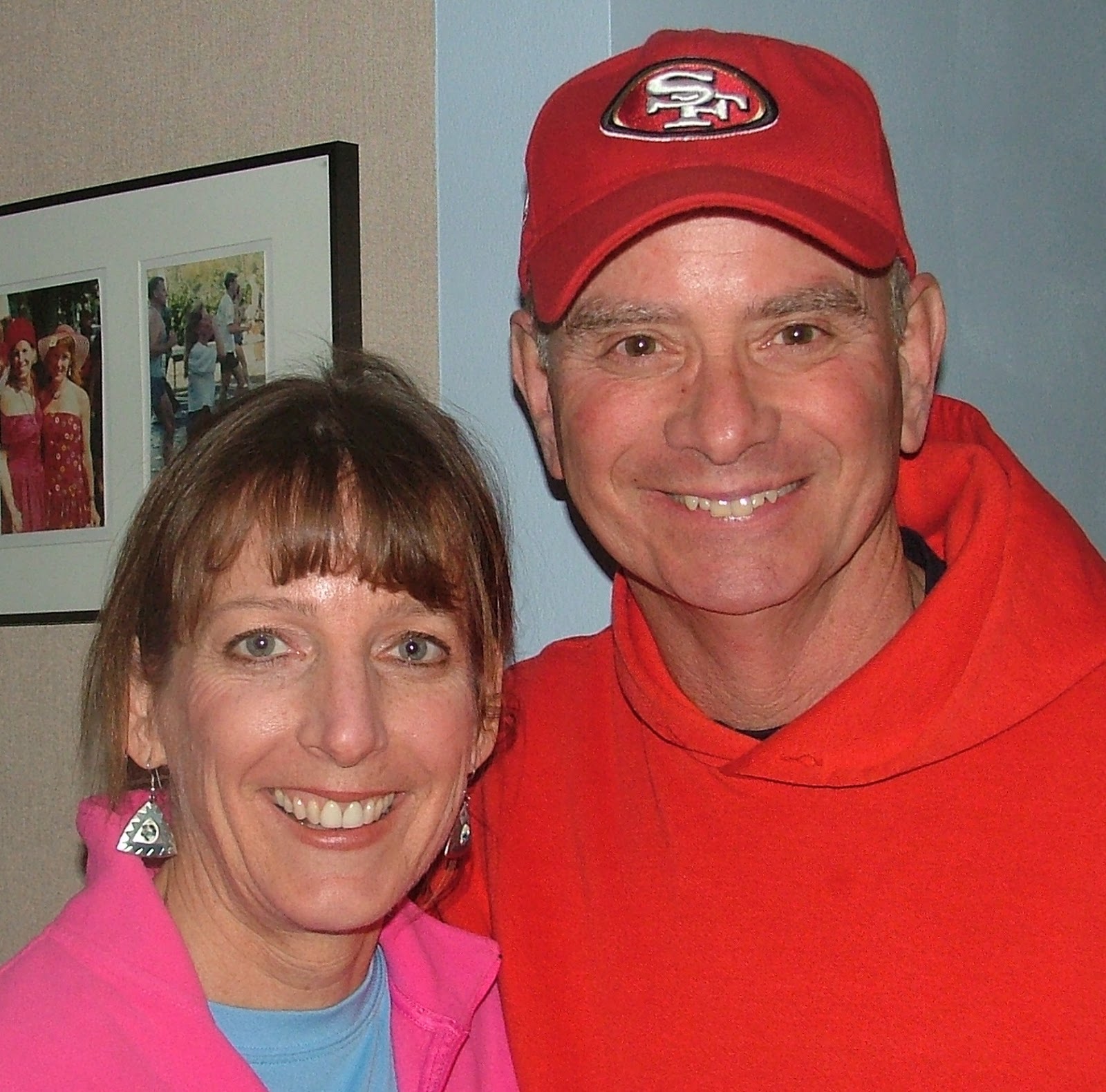 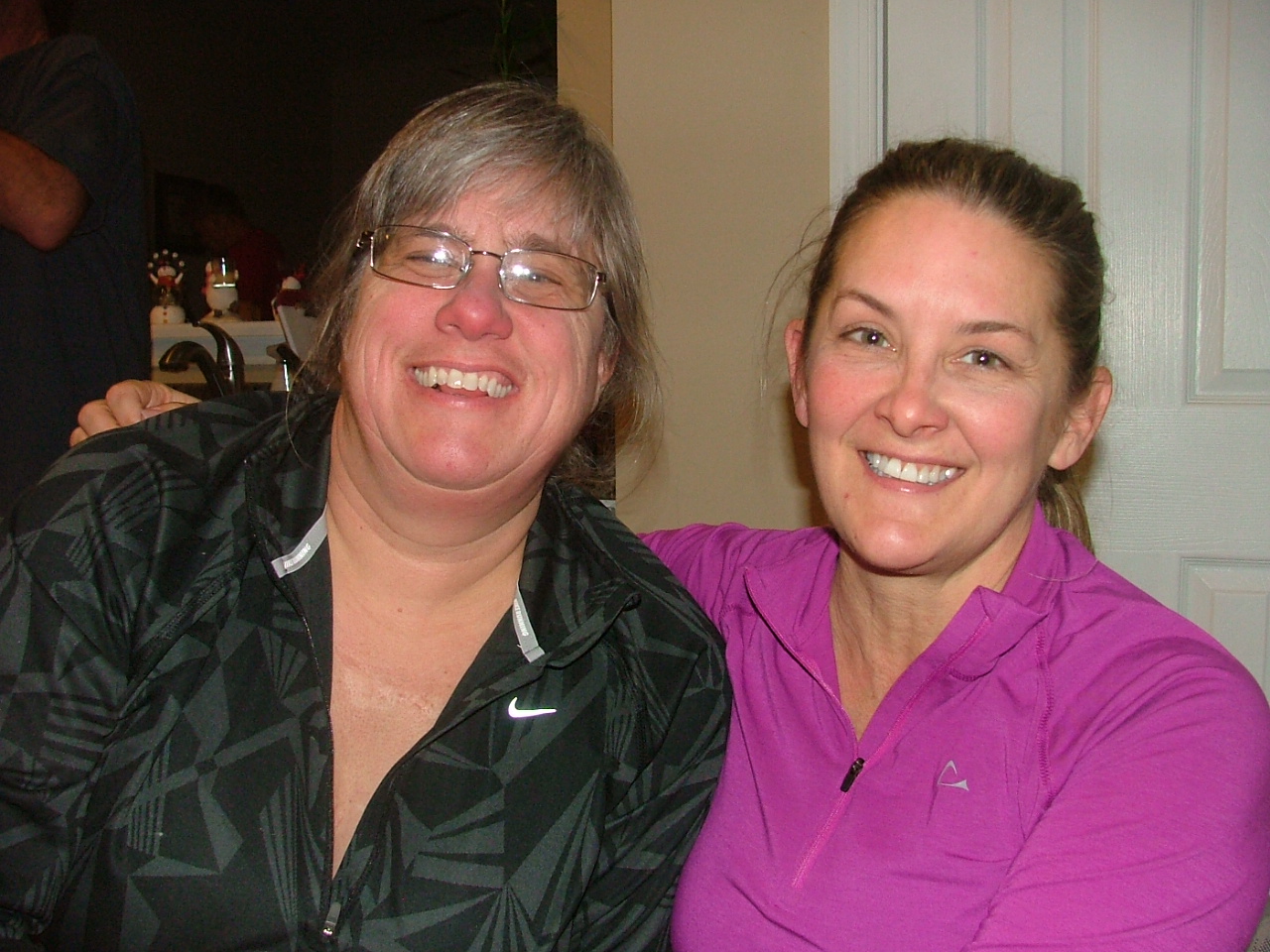 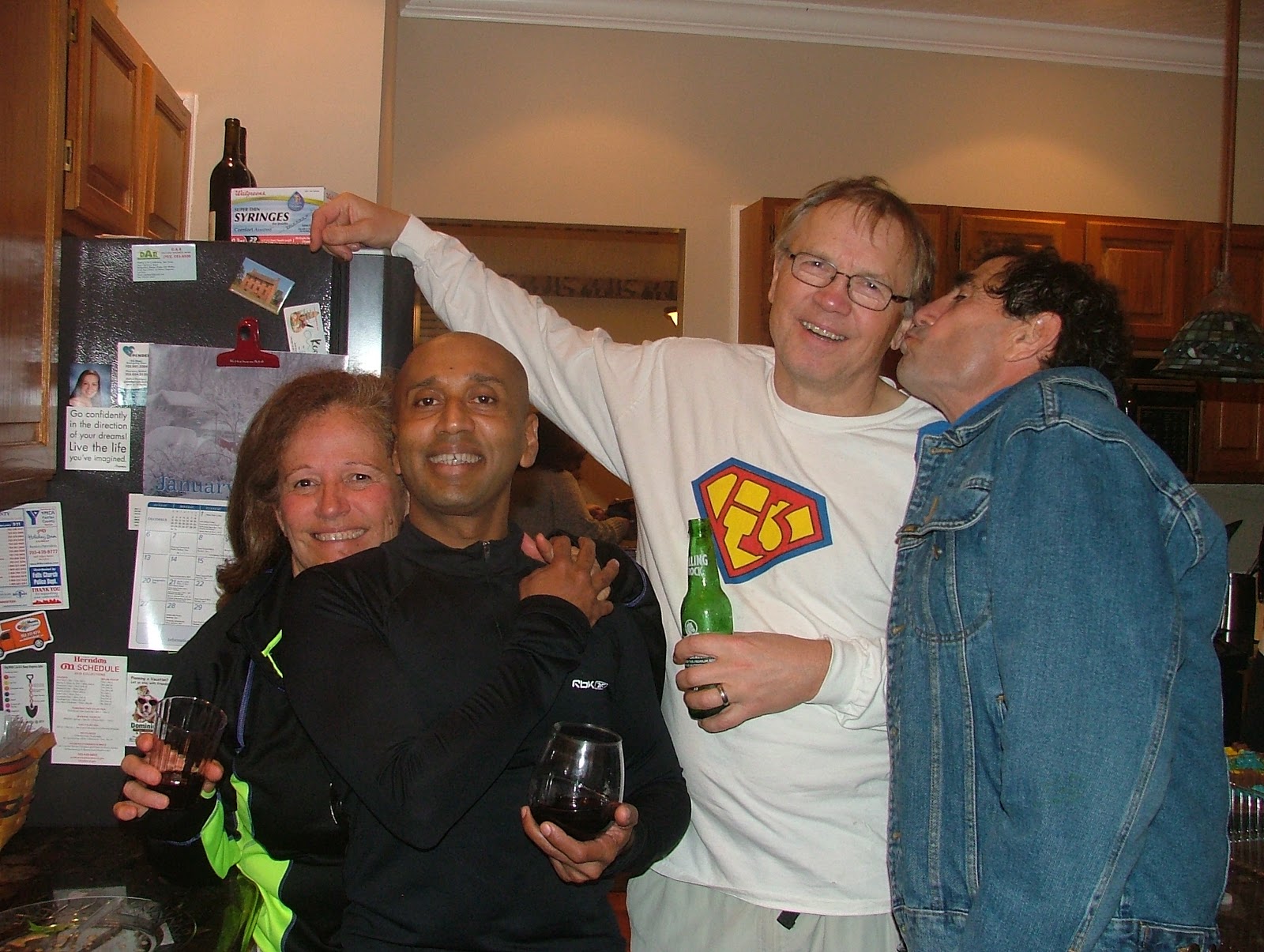 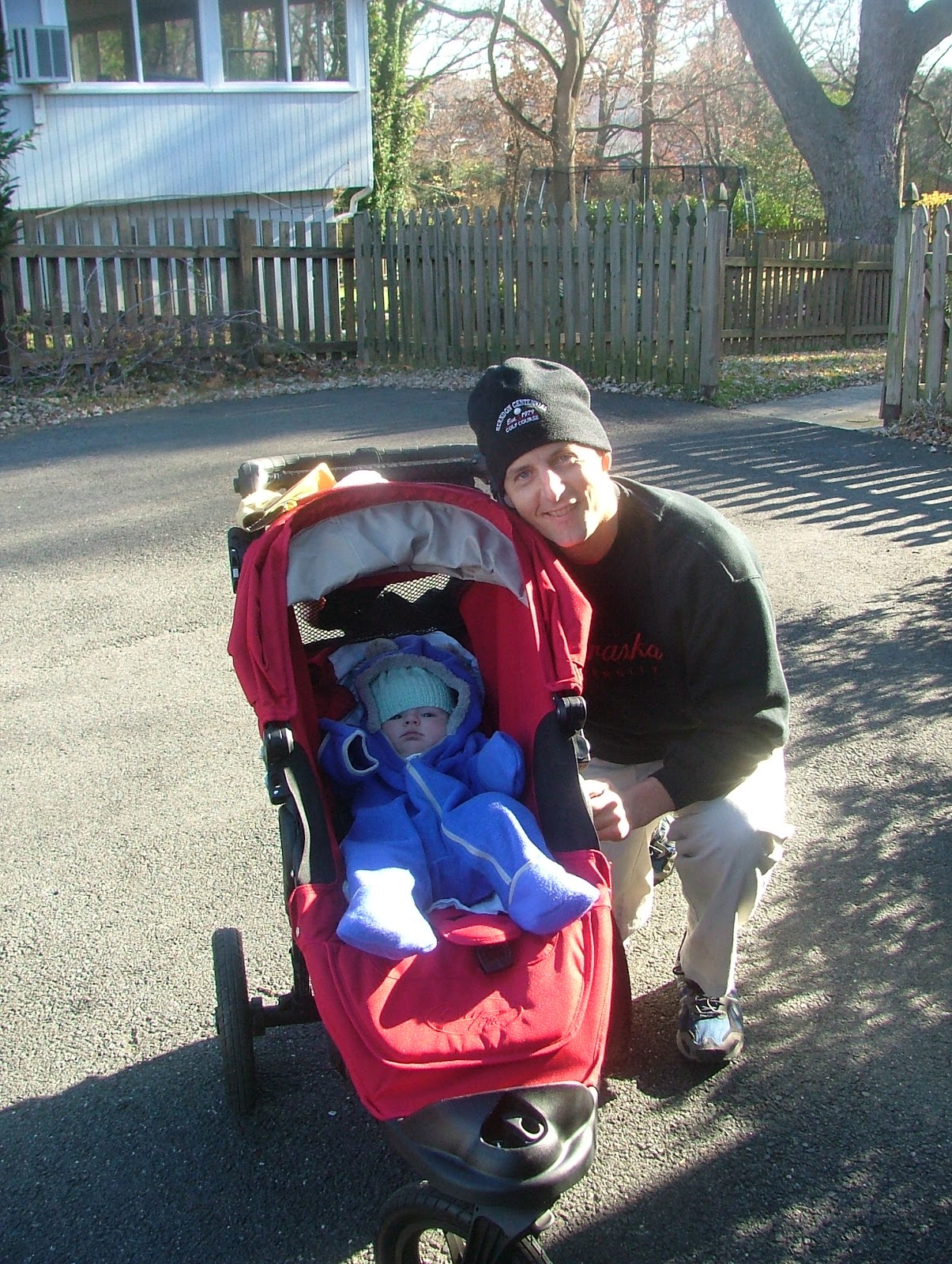 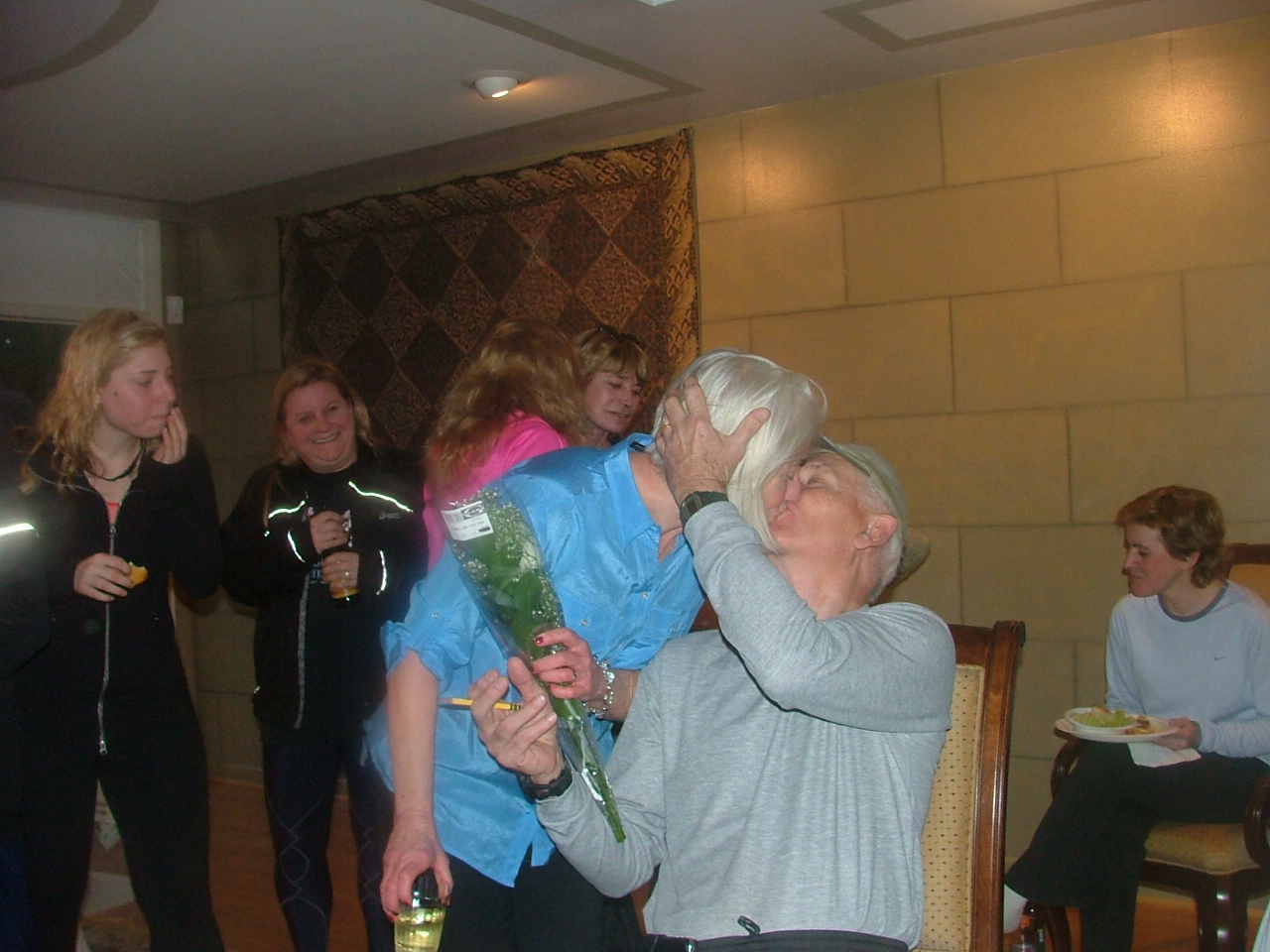 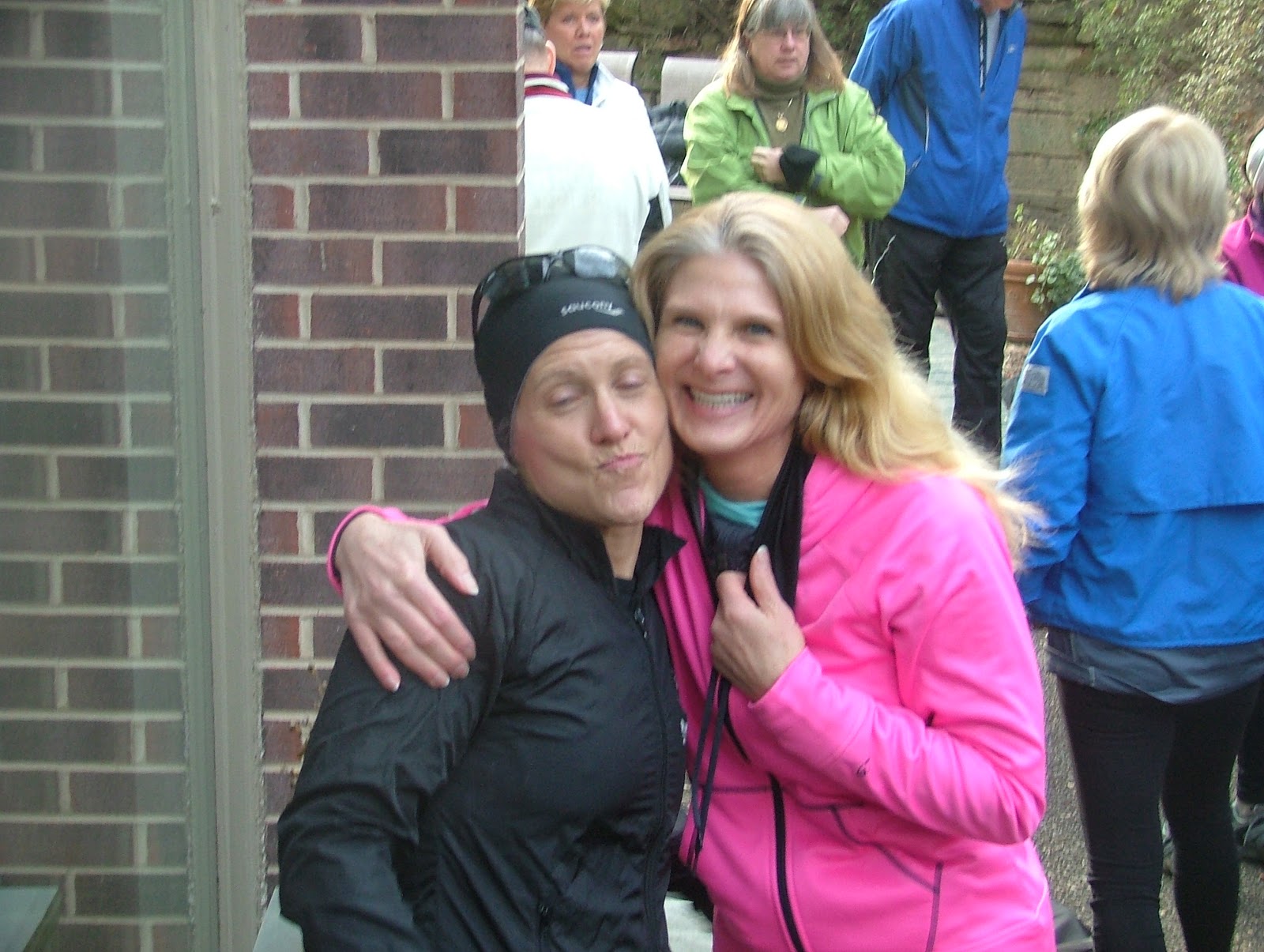 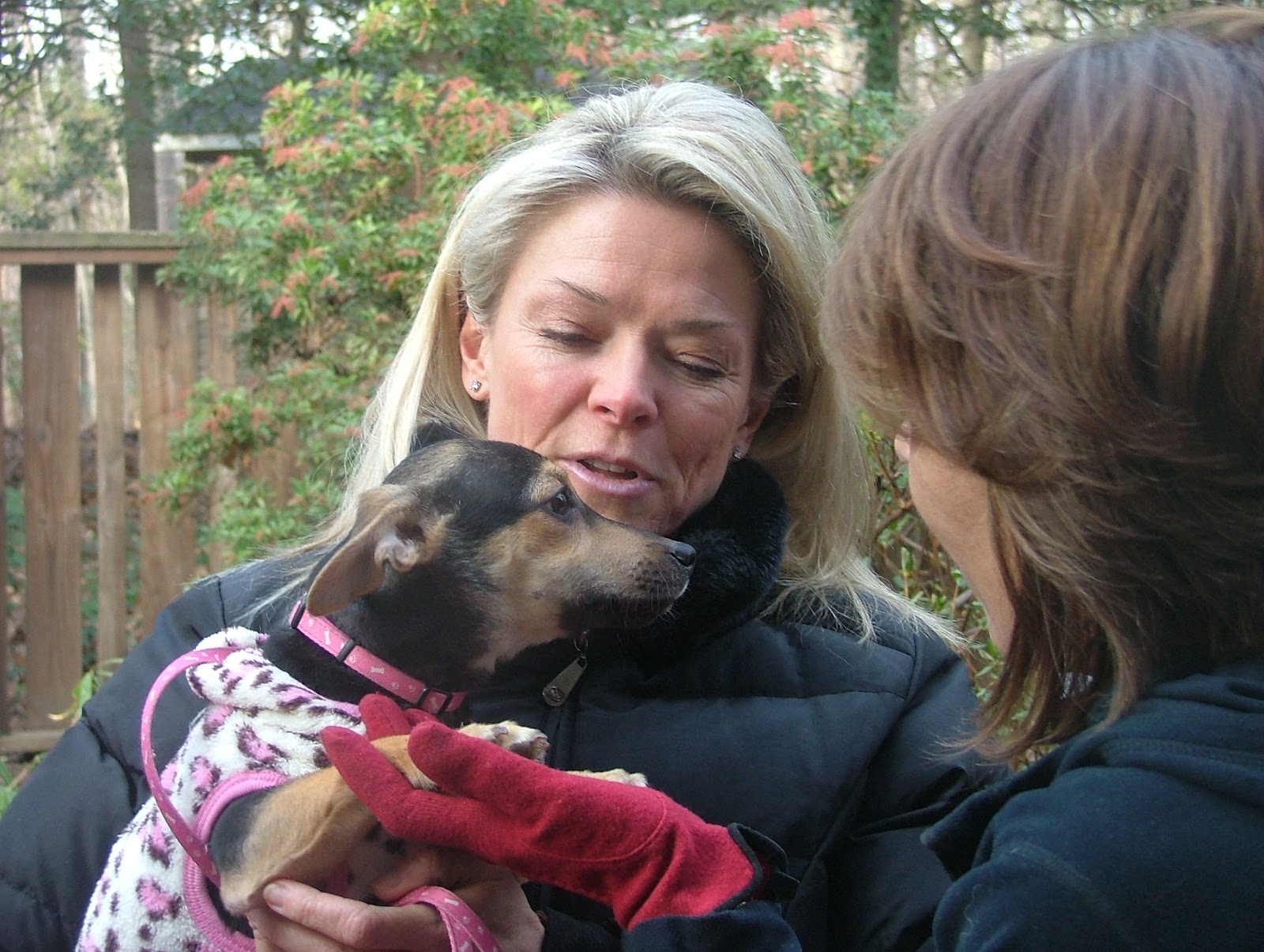 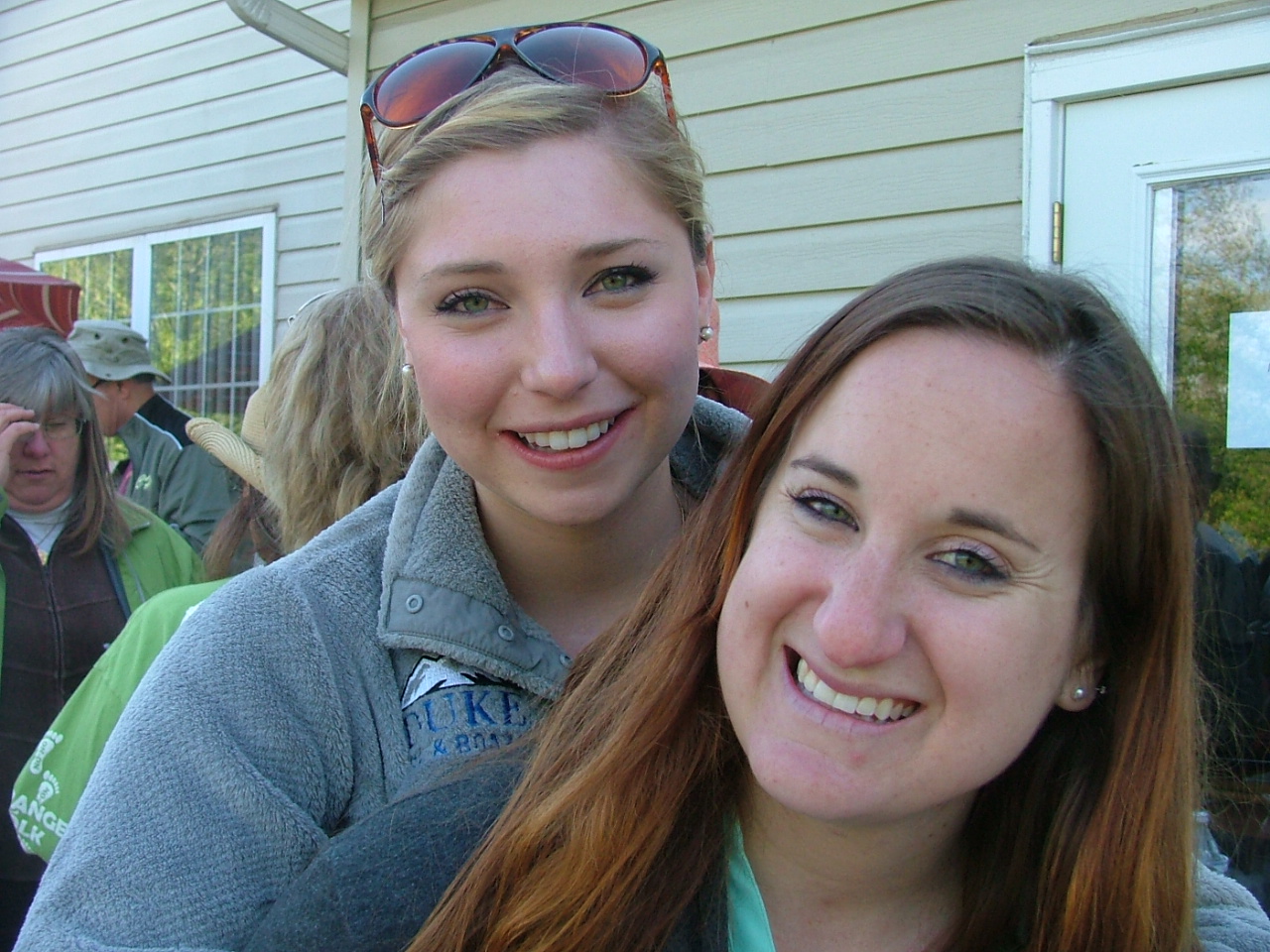 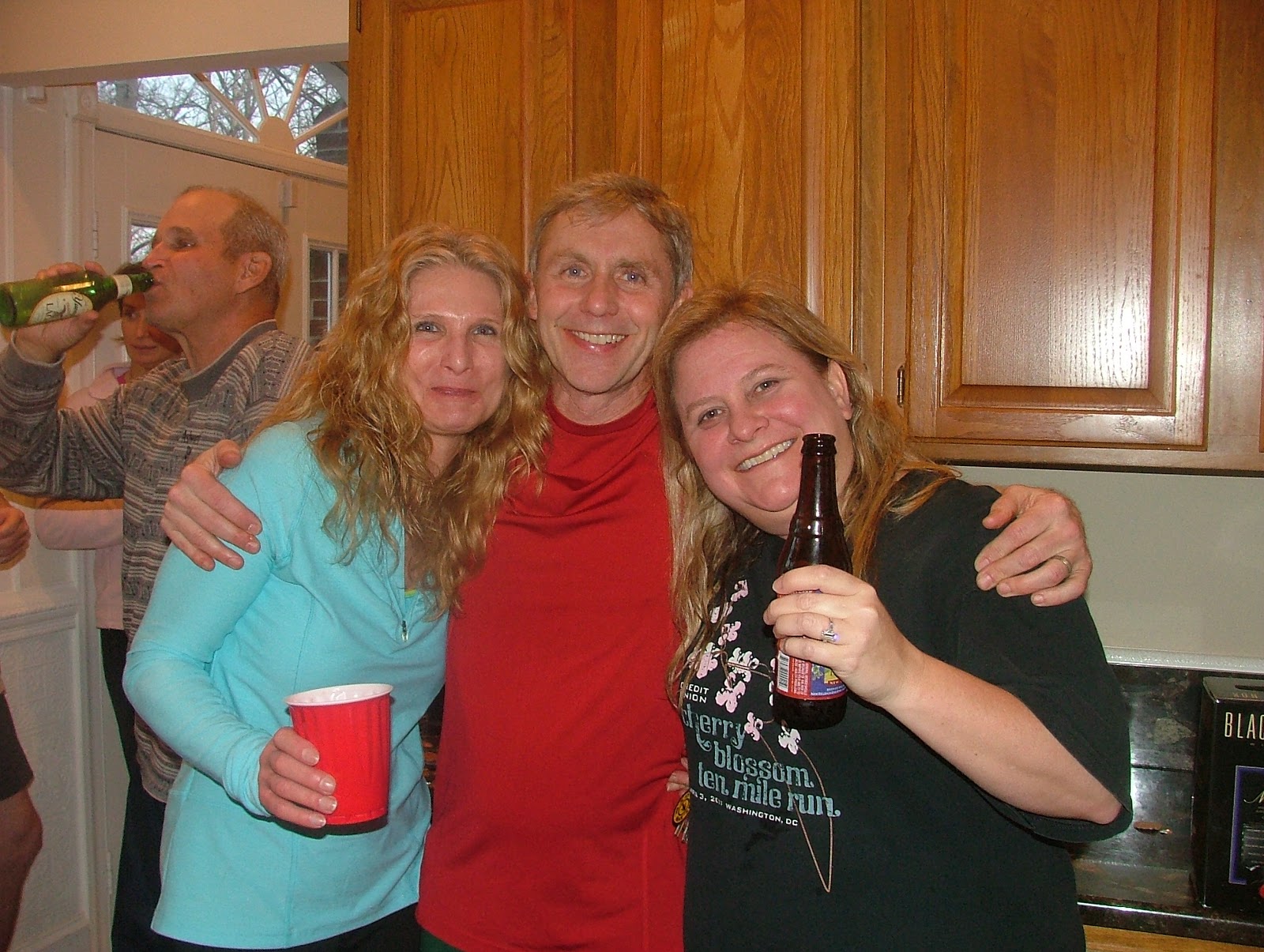 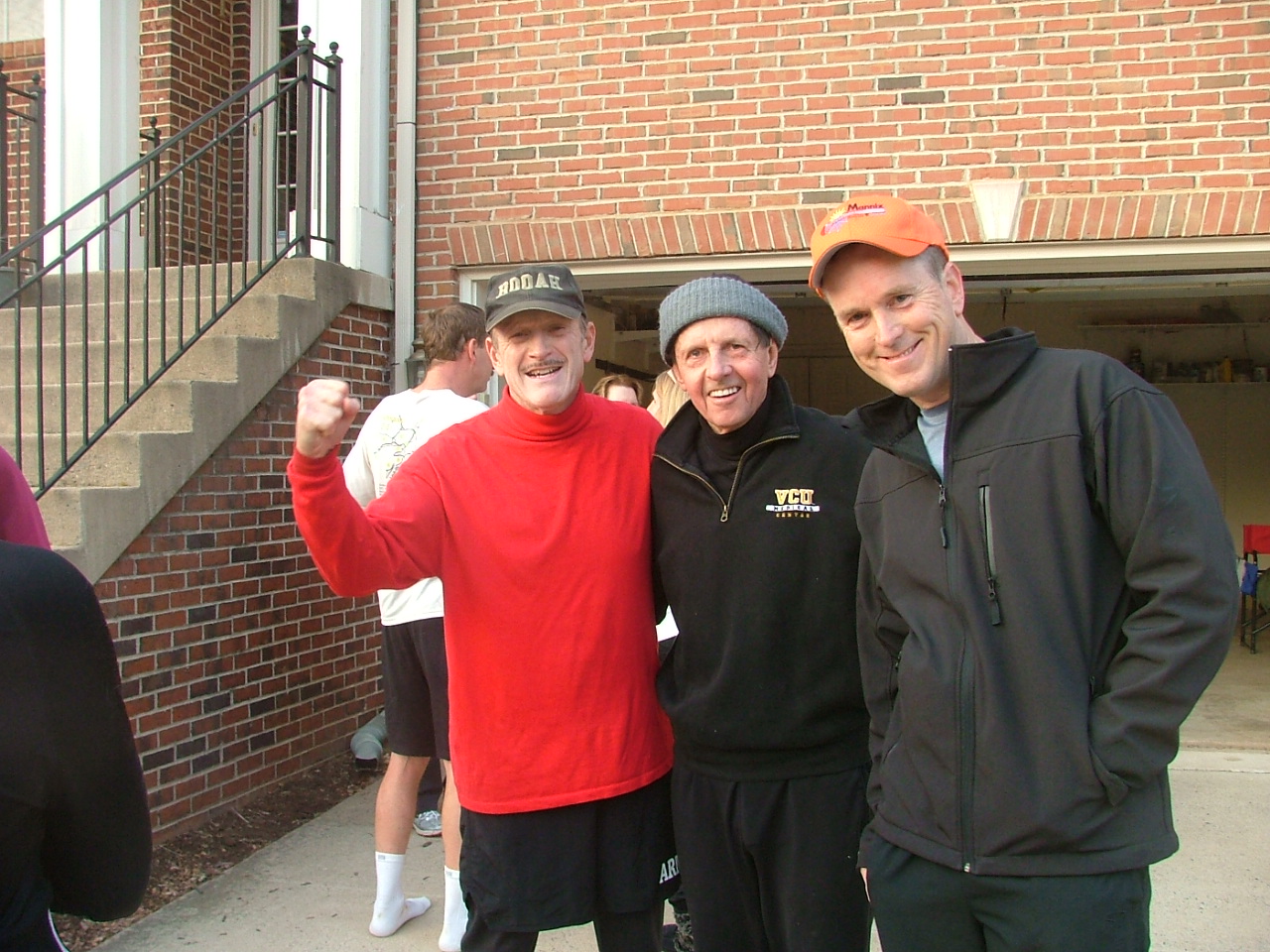 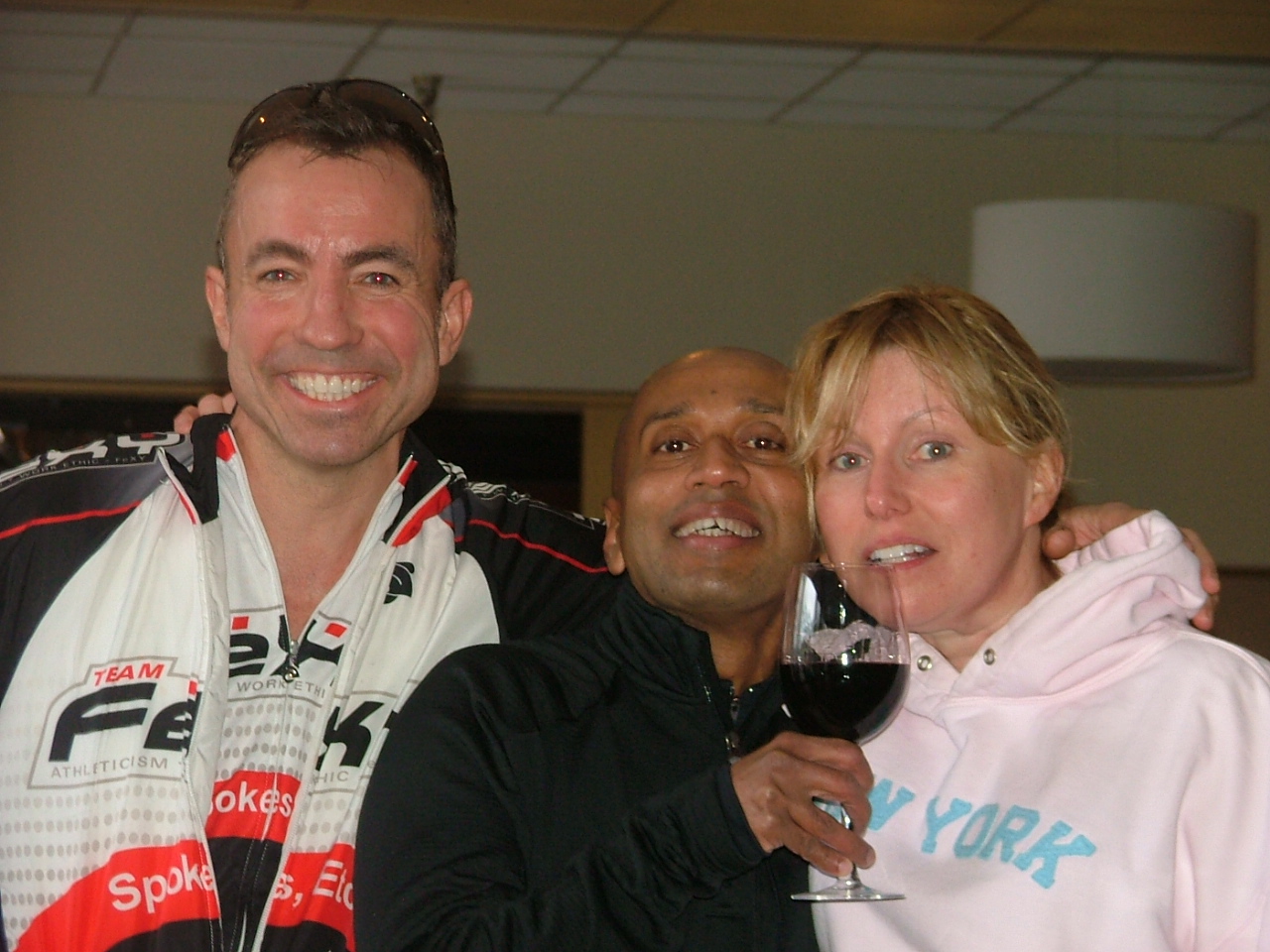 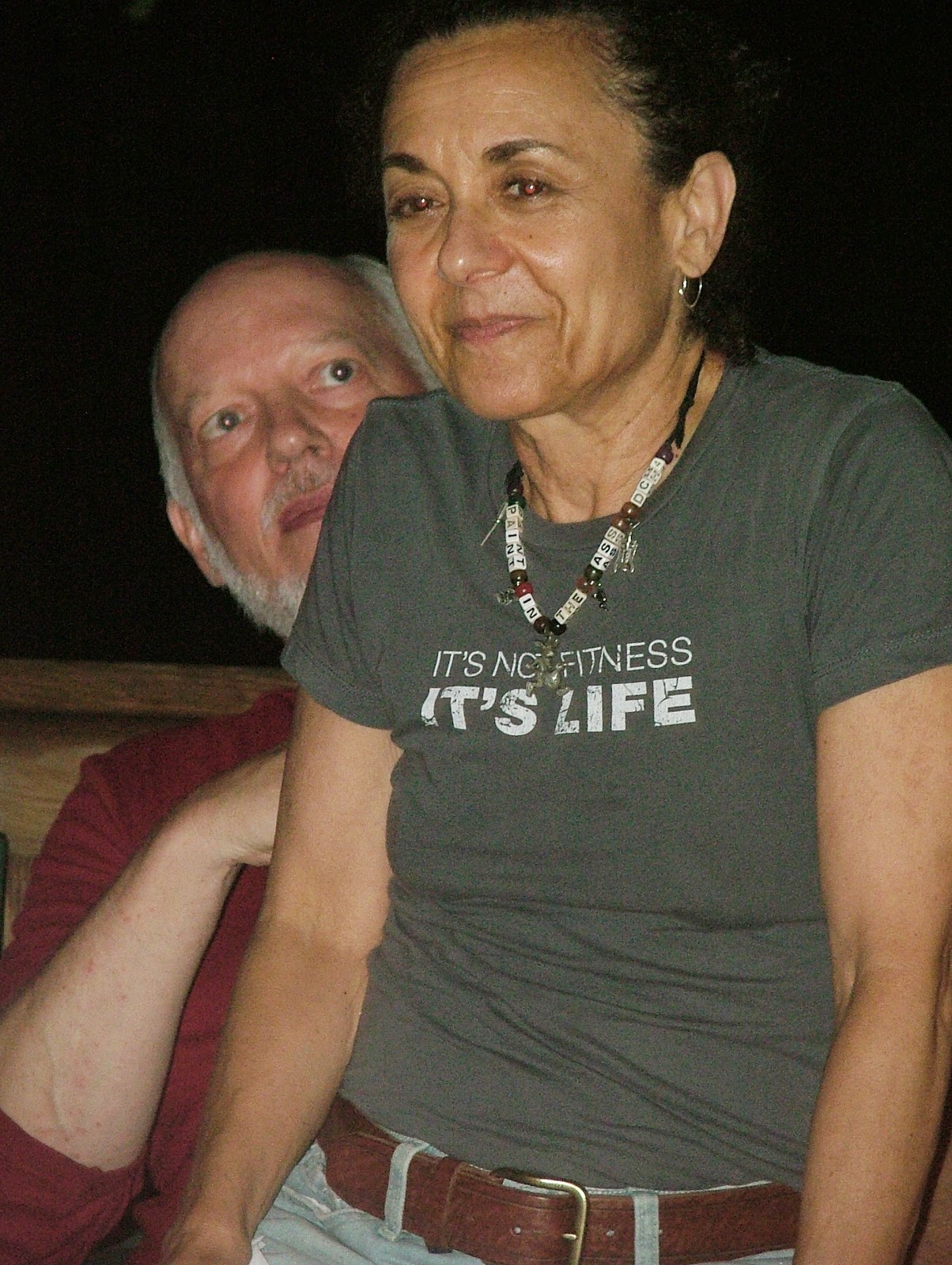 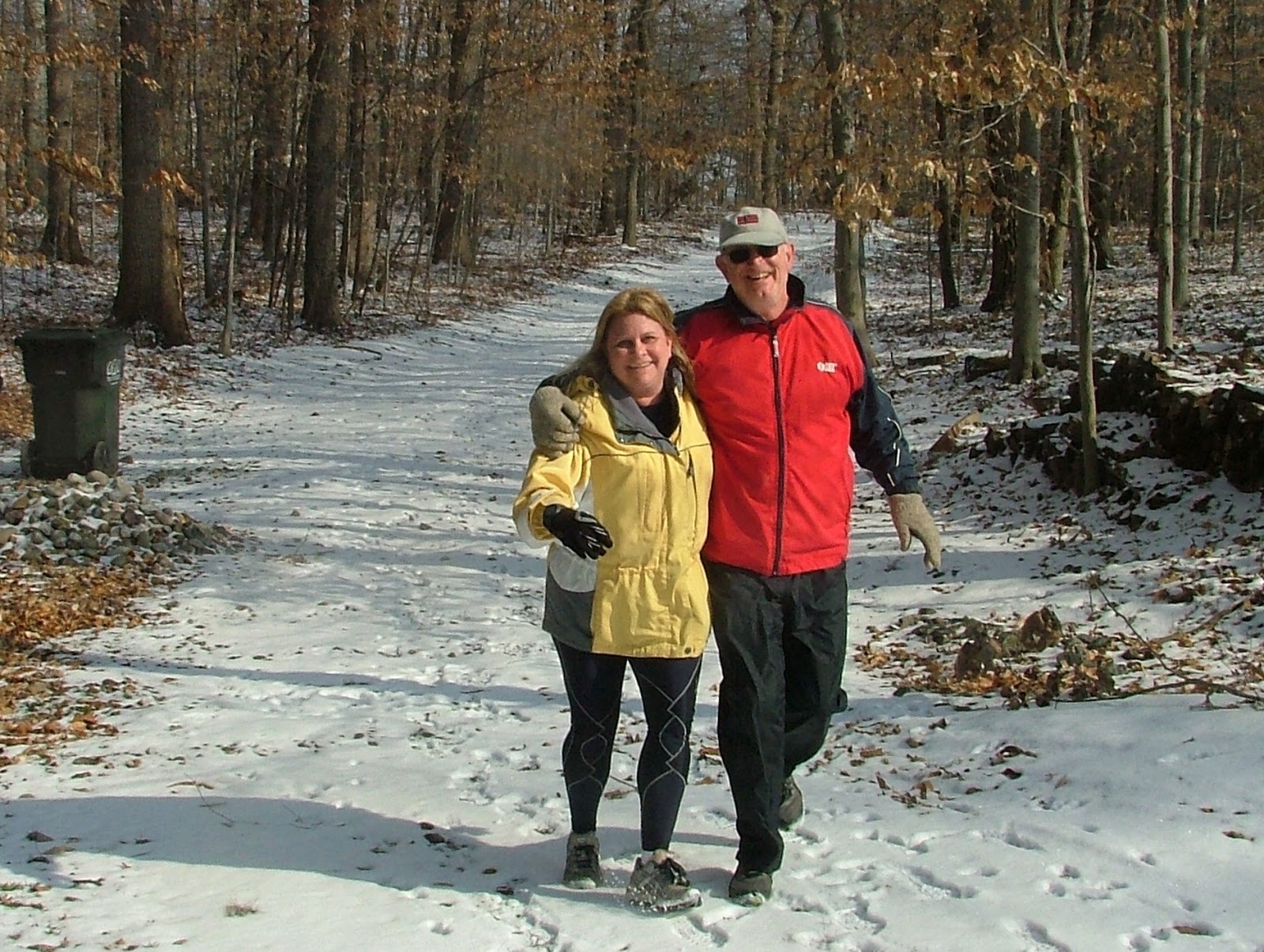 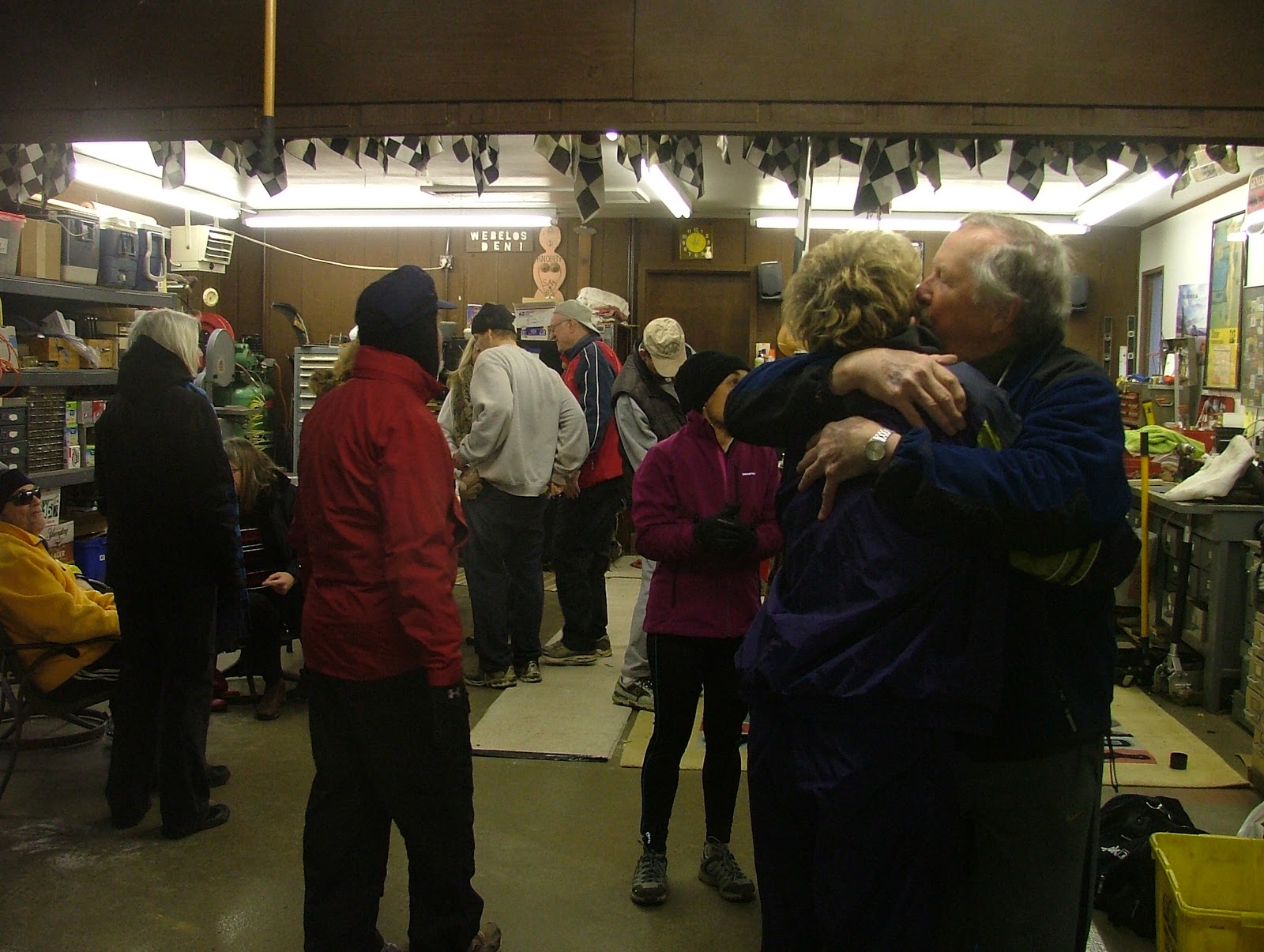 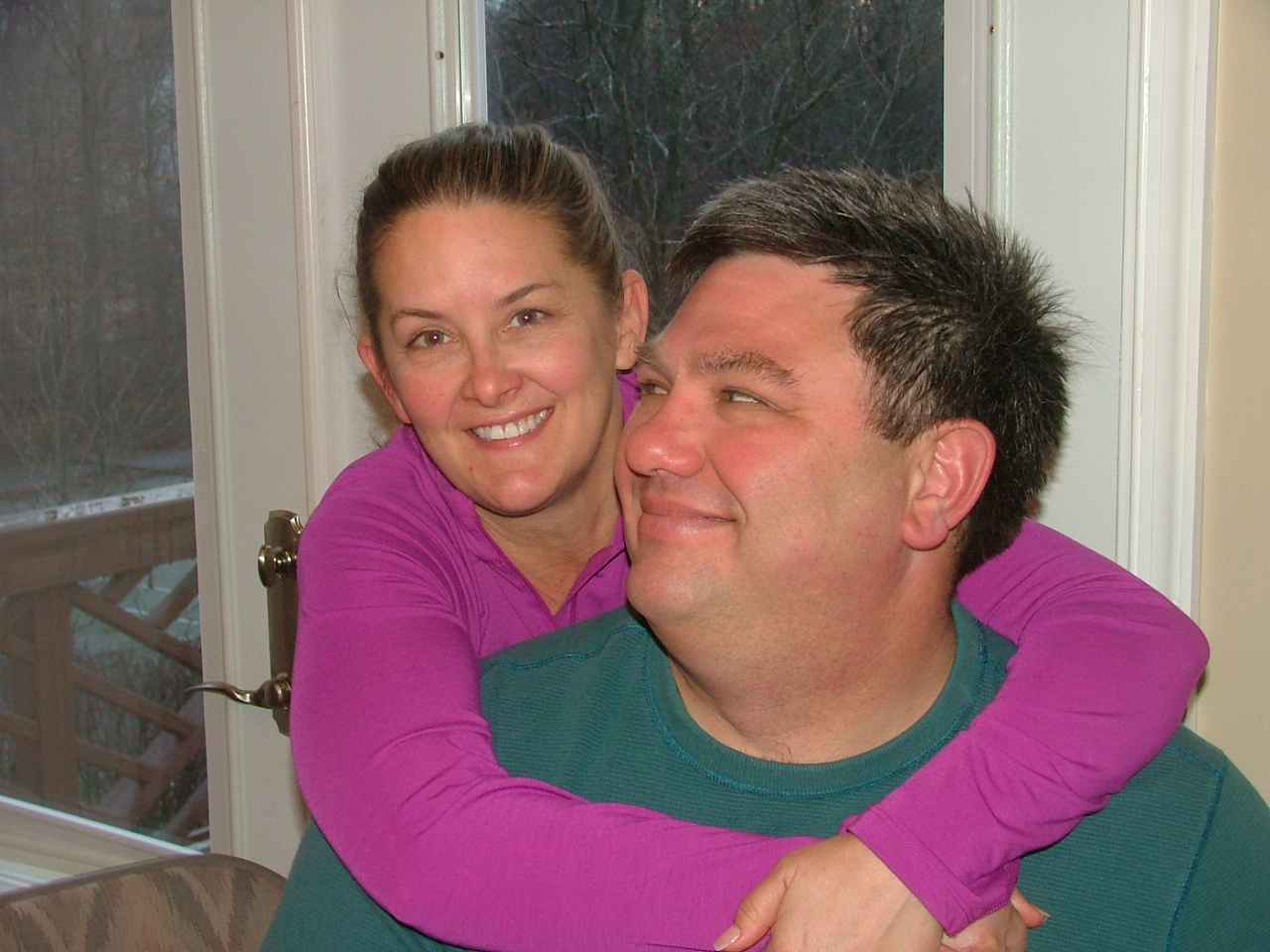 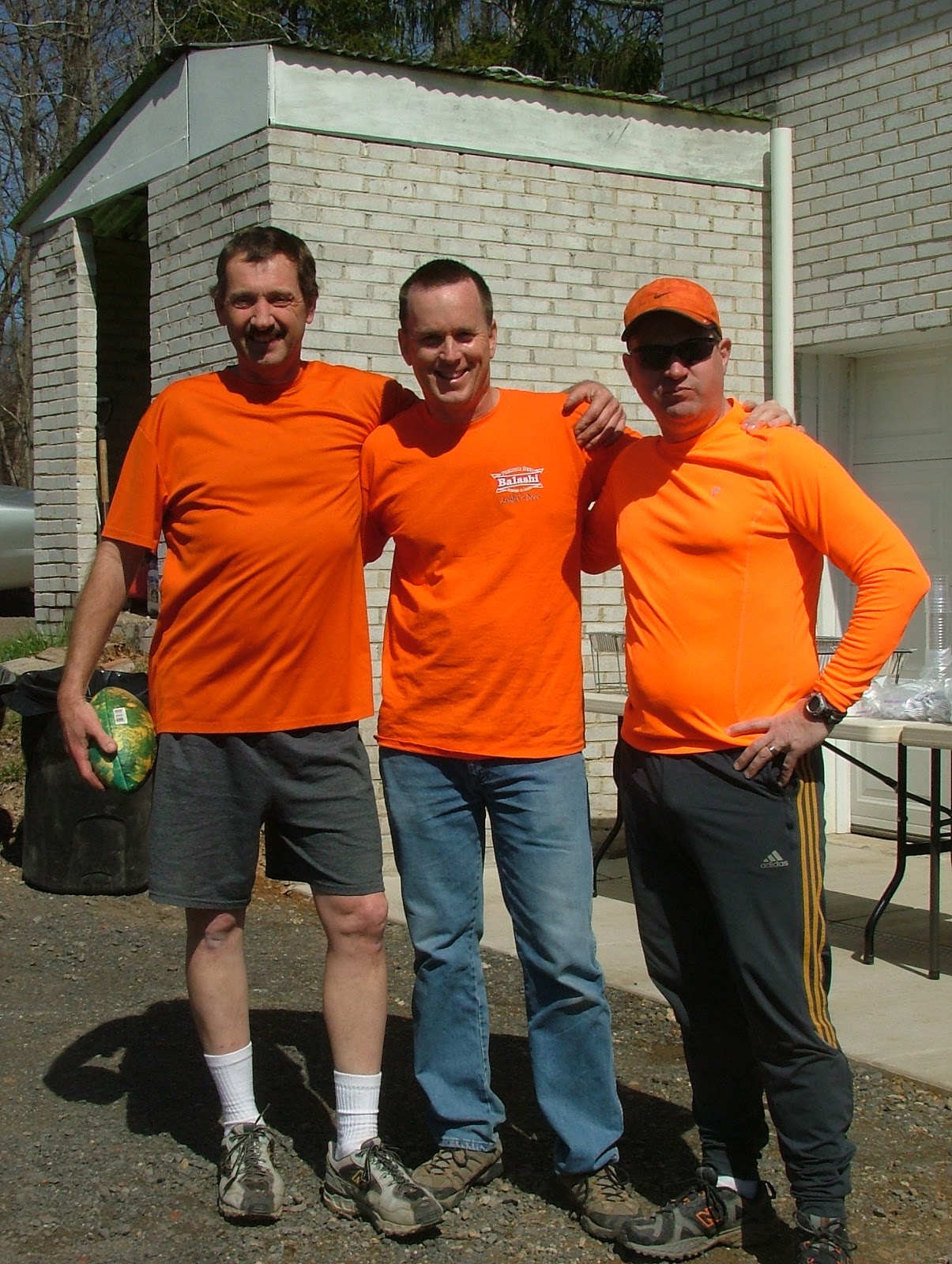 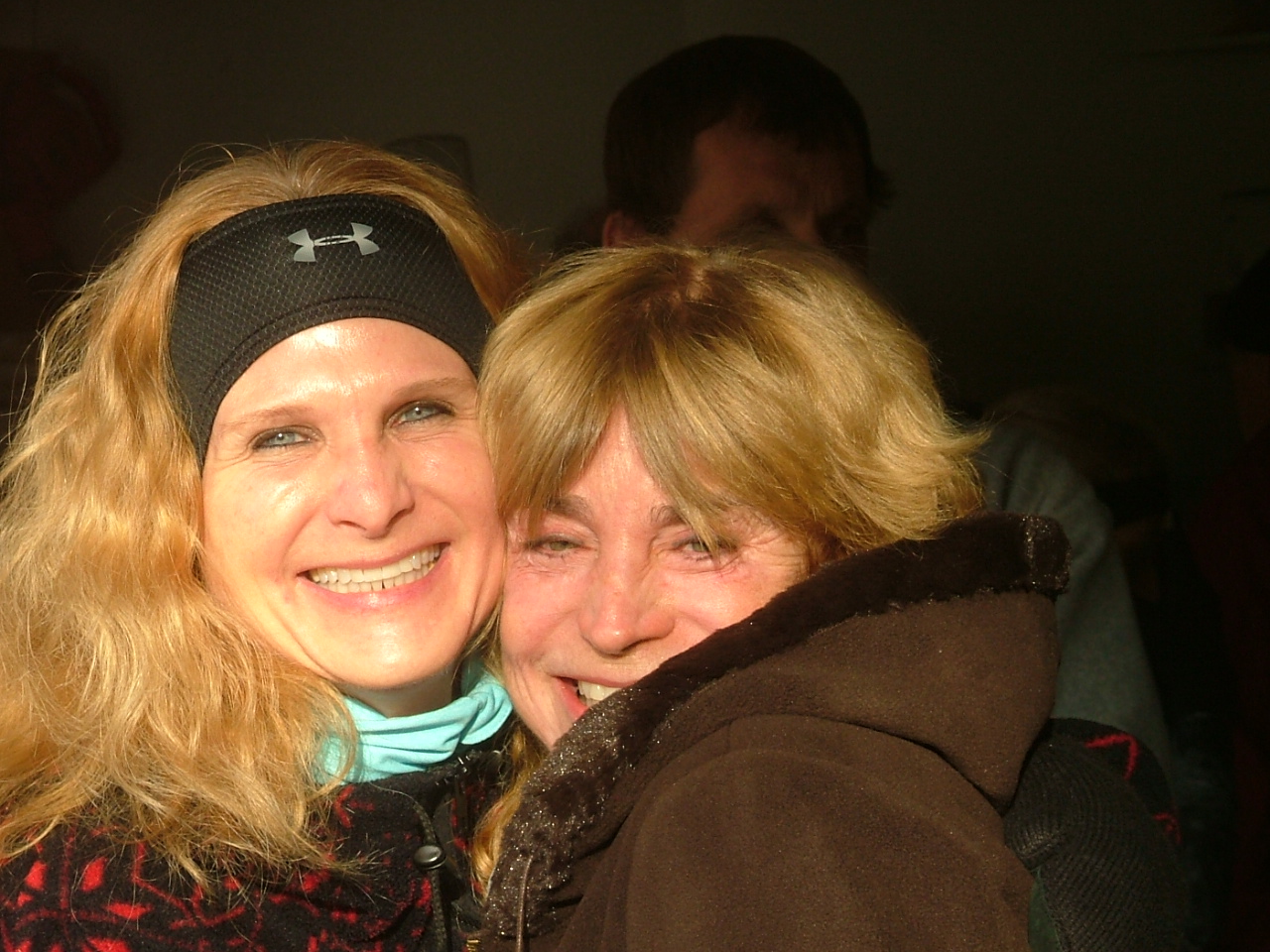 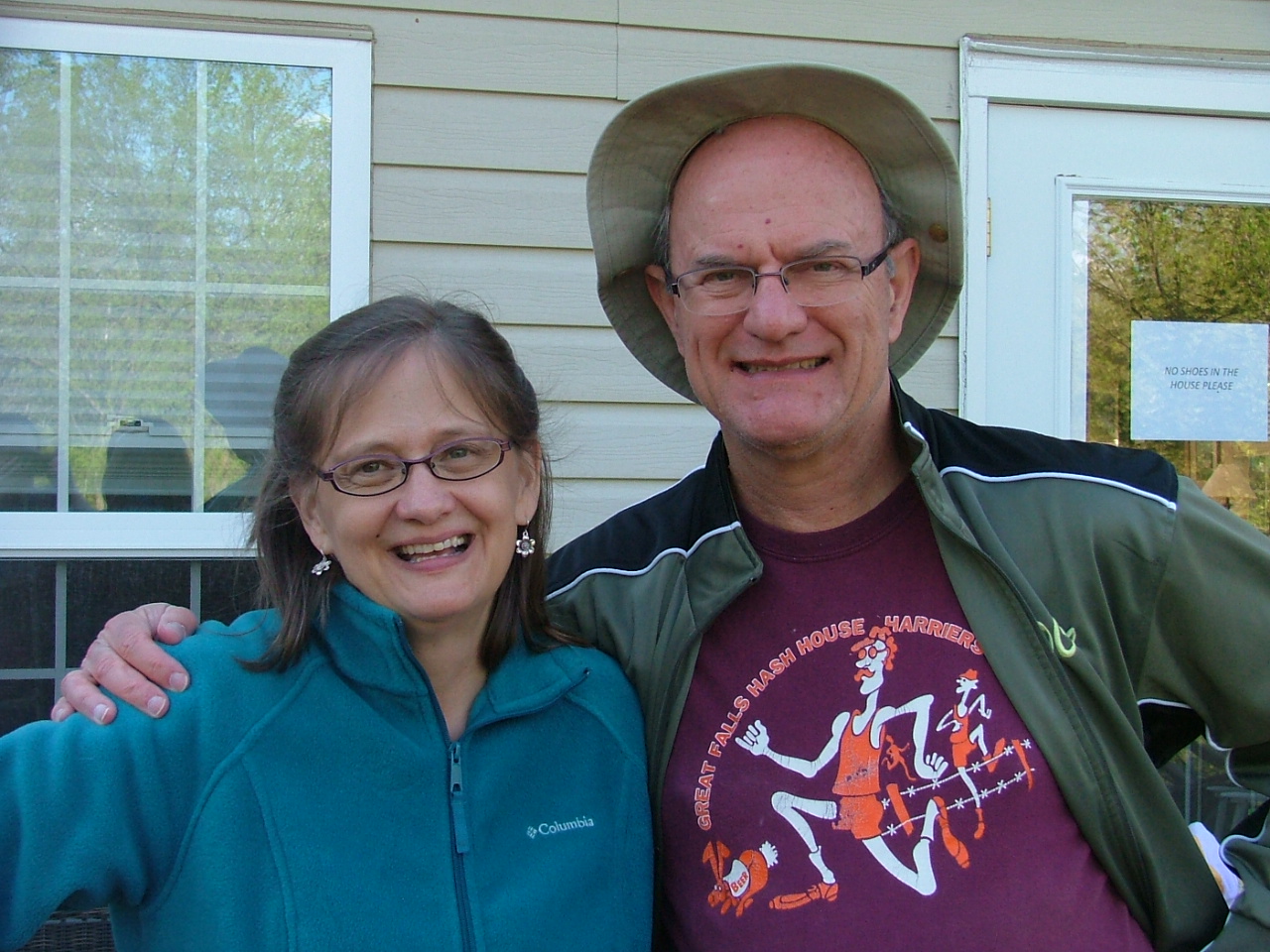 Hash heroes Phoenix Rising and Chip Off the Old Dick came through once again, providing an excellent trail and gracious On In for a grateful hash today.  The weather was even semi-decent for February, with some weak sunshine poking through the clouds, and none of that icy air or bitter wind that turns a chilly day freezing cold.  Chilly enough, though, that despite PR’s beautifully landscaped Great Falls acres, today’s 40 hashers seemed glad of a well-heated garage.

We were graced with at least two Legends of the GFH3 we don’t see often enough, with both The First Lady and Dr. Pecker, PhD, present to help show the whippersnappers how it’s done.  This may just be a vicious rumor with no basis in truth, but did they both walk?  If so, what a runner’s trail they missed!  The pack clumped and scattered and re-formed constantly, with a different FRB every few moments, including folks, like Lori, Big Balls on Deck, Sally and Cocked and Loaded, who don’t always get to the check marks first.  And then, Jeffy Lube got to the final backcheck (5) first!  Mercy tempering justice is what that is.  Another one of the great moments on trail:  maybe eight to ten front runners scrambling across a creek and muddling around while the mid-pack people stealthily found, and ran, the true trail without any foot-wetting.  Phoenix Rising just loves stuff like that.  Incidentally, as if disavowing a certain reputation, the hares kept the hounds to a mere five miles or so.

Paddle My Candee Ass was SRB (second-running etc.); was JL first?  Who cares!  There’s food inside!  In a dramatic break with tradition, Susan made chili and minestrone for the after-party, which was so good that everyone forgot any kung pao or sesame green bean cravings they might have brought with them.  Kind neighbor Claudia (she let PR and COtOD set trail through her property) stopped by to check us out, and she was at least impressed by the feast, if not by the feasters.  Plus:  entertainment by Riley, perhaps our only third-generation hasher, and so adorable one must forgive her transforming from baby to toddler whilst one’s back was turned.  Somewhere in the turmoil, Strac and Kimball arrived at the garage door, DFL and fogging over in the eyeglasses.

Instead of taking a well-deserved birthday break, Mufti called the roll con brio.  There was something exciting about Greg – double 7s, maybe? – and of course bunches of people getting closer and closer to namings and re-namings.  Then Mufti double-checked his records, noticed he’d missed his own self, and counted one more closer to 1,500.  COtOD counted down to the birthday ‘sing’-a-long, BC3 brought out the blazing cake, and Valiant ducked away, on grounds that the Mufti is always in his heart so he needn’t linger over sugary treats.  Thank you, heroes!

In case you were wondering, a convertible sports coupe driven by a successful amateur race-car driver can make a merely-chilly day seem fairly close to bitterly, freezingly, painfully, dangerously cold.  However, it makes an enjoyable perch for photography.  Check out the results here if you’d like.

Confidential to Spurt:  Happy 65th.
Posted by Cork Me at 4:03 PM No comments: