Another gorgeous day in Sterling, following on a dry summer and fall.  Quick refresher: 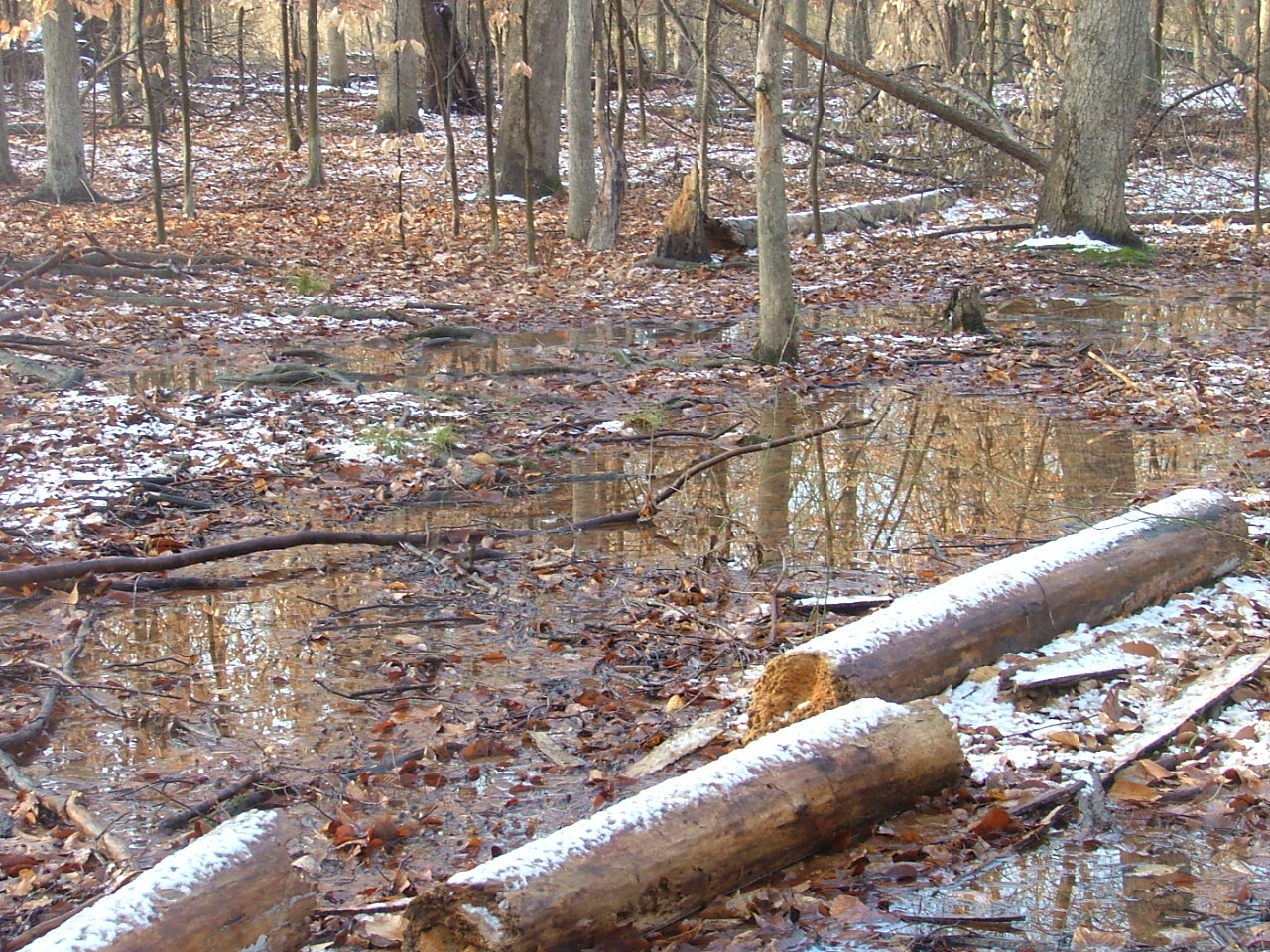 Today, he had mapped a lovely 4.12-mile course, but decided it would be better if he could make the true trail less than four miles -- so he cut through the woods for a bit rather than send people on the paved path.  Fortunately for the hash, today the footing was more like this: 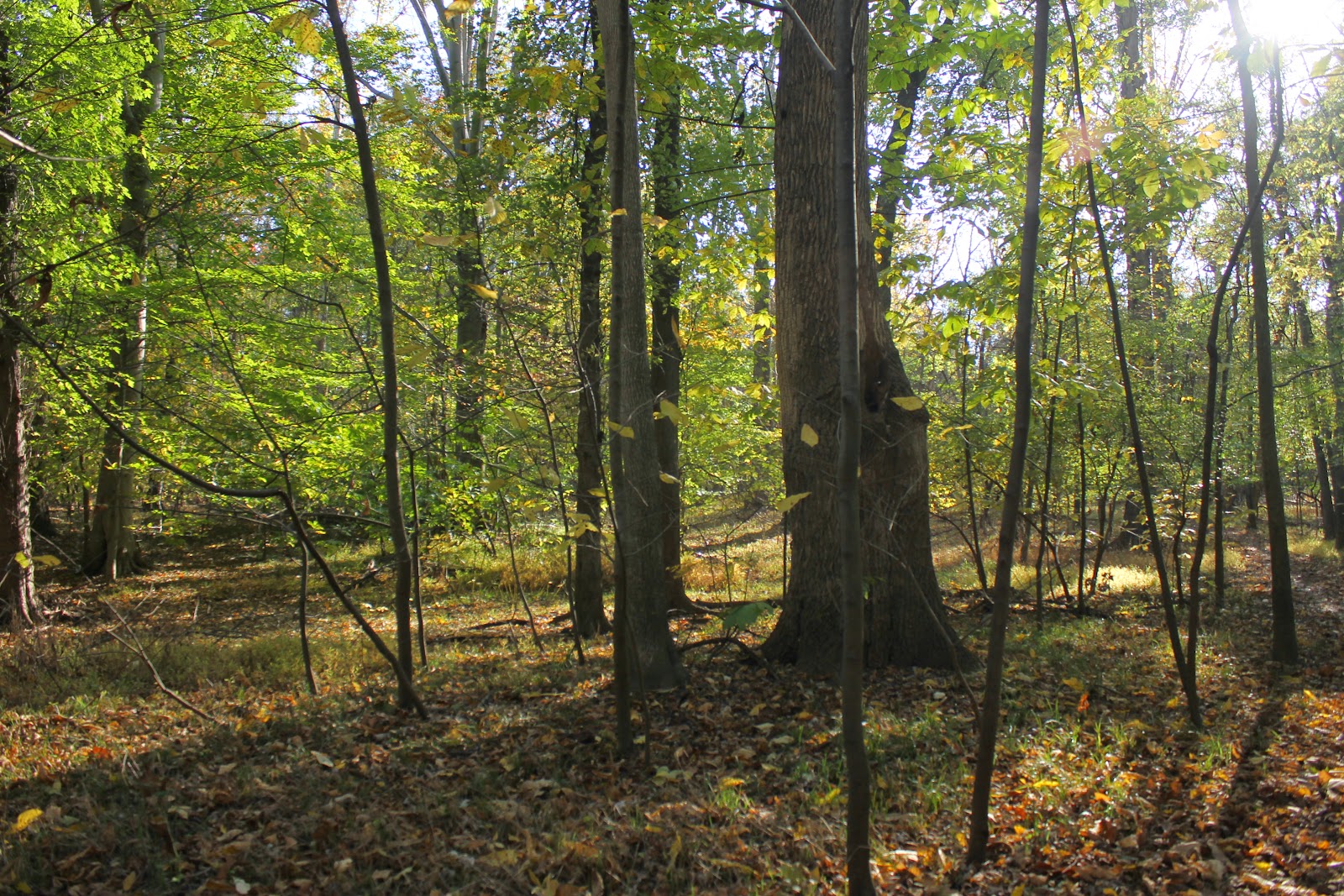 Lovely!  Of course, the eccentrics could still choose damp tootsies if they preferred.

Consensus was that the trail was either "sucky" or excellent, both of which adjectives were intended to convey appreciation of an interesting, amusing and beautiful trail.  Further, it was of an appropriate length for those recovering from shoulder surgery, those more comfortable on two wheels, and for any Lyme-disease victims who felt like celebrating a warm and sunny day by being FRB.

The celebrating continued at the On In, with plenty of veggie-pasta casserole and beefy lasagna, with garlic bread and salad and cookies and plentiful libations.  (John:  "Fletcher [golden retriever] loves garlic bread."  Blazing Straddle:  "Who doesn't?")  So 13 tired runners and nine less-tired walkers managed to choke down some nourishment on the back deck.  If it looked like more than 22 hashers to you, that's because there were 31 people there -- lots of host/hare-types plus plentiful sweat-averse socializers.

The Mufti got his usual respectful silence for the roll call, more than can be said for Spurt's brief at the beginning of the meeting.  (Heh heh; actually, everyone was quiet for the brief -- except Susan...)  Spurt, Susan and Blow in the Hole got their well deserved cheers, Kim got an enthusiastic welcome to her first hash, with best wishes for 99 more, Greg made it to the double-8s, and Riley made double-1s.  And does anyone else believe that both Blows and Goes and Pulls Out Early did not stick around for the roll?

As the sun began snuggling into the treeline, Susan offered foil and plates to anyone who would take home some lasagna, and insisted everyone take home a banana or two.  If only it were possible to capture her tone -- part generous kindness, part coercion -- in the pictures.
Posted by Cork Me at 10:54 PM No comments:

The Mufti took a photo!  Give that man a raise!

And this info from Someone Who Was There:


We had a nice turnout; 25 showed up including some new runners, friends of other hashers.  Hash hostess Paint in the Ass, with help from Zipperhead and Dances with Bulls, set a run that covered some brand new territory and kept the pack together for the entire run.

It was a beautiful day in Silver Spring but a cold front was coming in and brisk was an understatement.

Mufti was there with Mango and the Great Falls car pool, chauffeured by Drill Me Fill Me.  Phoenix Rising, as per, ran the trail backward, but broke slightly with his usual technique by turning around partway through and coming into the On In with the pack.

The hares used 15 pounds of flour and some of the runners claimed to notice a lot of back-checks and Xs.  Zipperhead invoked the heretofore unknown 'heart surgery waiver,' which allowed him to put down a lot of one-dot-to-nothing's.  Paint in the Ass announced that she had lost her keys scouting the run and offered whoever found them the old locks from her house for free!  Unlike a particular hash from the mists of decades past, no one had to break into the house for the On In.

Paint in the Ass hopes to send photos; until she can she shares this link to one of her son's productions.  It is well worth a look!

This just in from Book Club Babe: 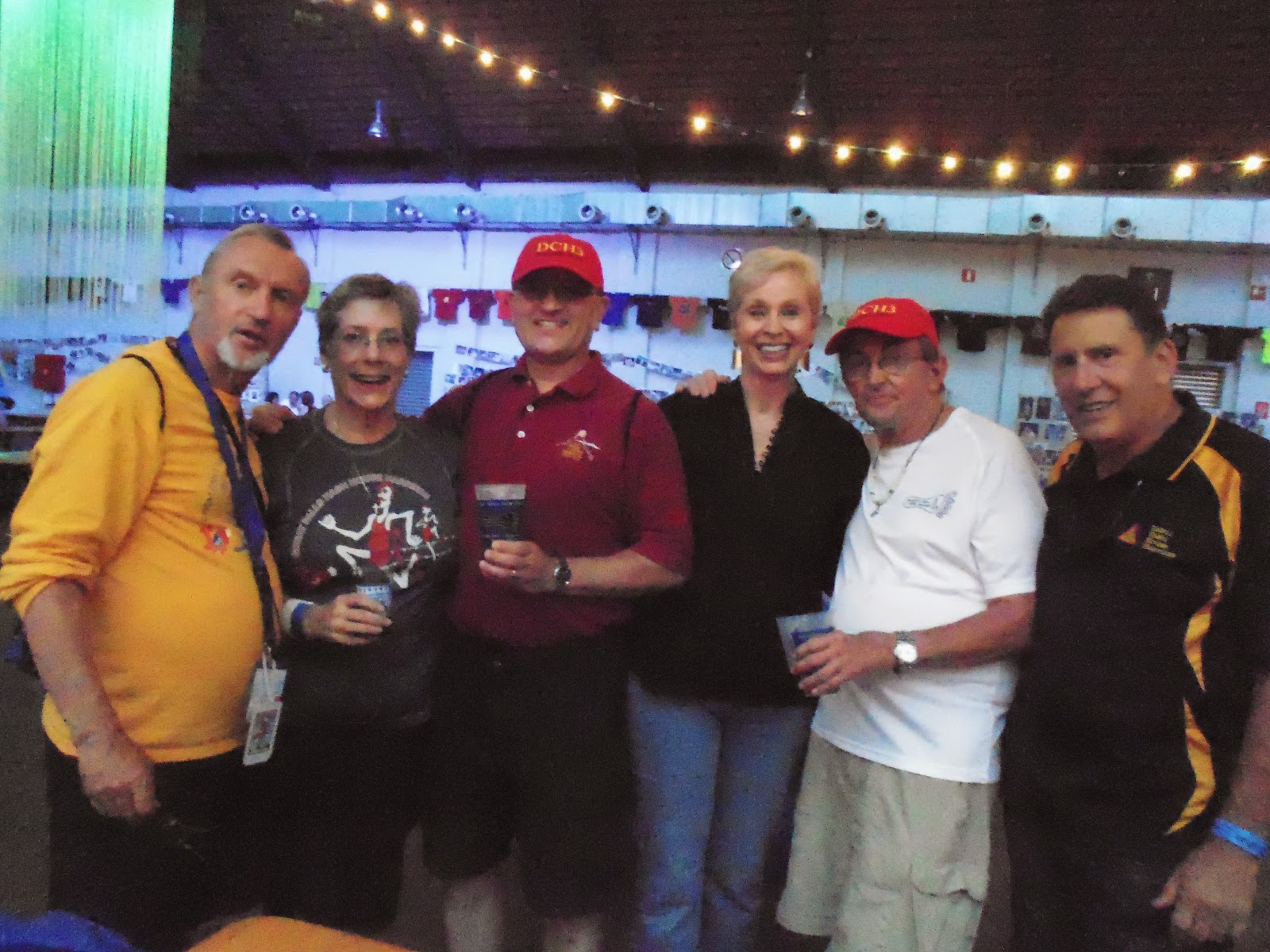 Abrogating their responsibilities to the Home Hash, Packing Pink Heat, Pickled Peter and Walks on Water joined B-listers Feels the Burn (the former Ghanarhea), Book Club Babe and Goomba at the Brussels Beer Odyssey hash.  Nipple Knocker apparently actually bothered to do a bit of running, and so missed this photo op.  Or possibly is having a little nap down amongst the shoes of his amis.
Posted by Cork Me at 10:34 AM No comments:

A combination of the noon start time and the morning rain resulted in the lowest turnout this year.  We had only 18 stalwart hashers, including the host, evenly split between runners and walkers.  The rain stopped before the run began, and the the hash set off on a relatively short but challenging course, which included some virgin territory, stream crossings,  and several muddy stretches near the river.  All arrived back within slightly more than an hour, with no serious mishaps to report, not counting the usual confusion about markings.  There was enough food for 50 and enough beer and wine for 60.  It was warm and dry enough to gather outdoors. Valiant showed off his new pool side pergola, and the Oral Advocate both called the roll and audited the Mufti.  Some of the old timers recalled the origin of their nicknames.  The front field was empty of cars by 3:30pm.

First off:  The hash starts at NOON next week.  That's NOON.  Please tell your friends.

This week, the hash started at 3:00pm, or somewhat earlier for those who like to take a bit more time on the trail.  The late venue change caused only minor confusion, and most all of the day's 34 hashers were at Mufti and BC's place, basking in the sunshine, within a minute or two of the start of the brief.  The brief informed us that the Mufti and his associate, the Oral Advocate, were responsible for a four-mile trail, and no one was responsible for another couple of miles worth of false trails.  The Mufti, however, took full responsibility for the Nationals loss of Friday, when O.A. had kindly shared tickets with Our Fearsome Leader, which mistake he did not make for Saturday's game.  Which is apparently tied at the top of the 17th inning?  Is baseball different now than it used to be?  Is there a 17th-inning stretch?  Go, Nats!


Anyway, the run won applause from the 22 runners (and only seven walkers!  This is a serious running club!), who divided themselves into two groups according to tendon springiness while tunneling their way to Lake Ann, bypassing numerous culs-de-sac and returning circuitously to the On In via Reston Parkway and the North Point shopping center.  Walkers Beef Strokemoff and Queen Cobra were entrusted with Oscar and Mango; a high honor indeed.  Everyone was back in an hour or less, which is one way you win applause with this group.  Or you can complete the Chattanooga Choo-Choo Ironman in 2.5 hours less than your target time.  Hoorah, Bite Me!


Another way is to feed them well, which BC3 did with a magnificent spinach salad full of tomatoes in many colors, artichokes and other exoticisms.  It was an excellent embellishment of Papa John's usual fine effort.  There was enough variety in the beer tubs to tempt  Phoenix Rising to join the group very late, with his racing duds still on under his civvies.  Folks began trickling away by 4:30 or so -- perfect weather or not, autumn afternoons can get chilly.  And if you are driving a drop-top Cobra, the temperature is a concern, even if the Mufti has just begun the roll call.  If only Queen Cobra's driving her namesake roadster past the group just as Mufti shouted her name had made it into the pictures -- but it's hard to snap photos while cheering and clapping...  Thanks for shutter-assistance, Knipple Knocker!